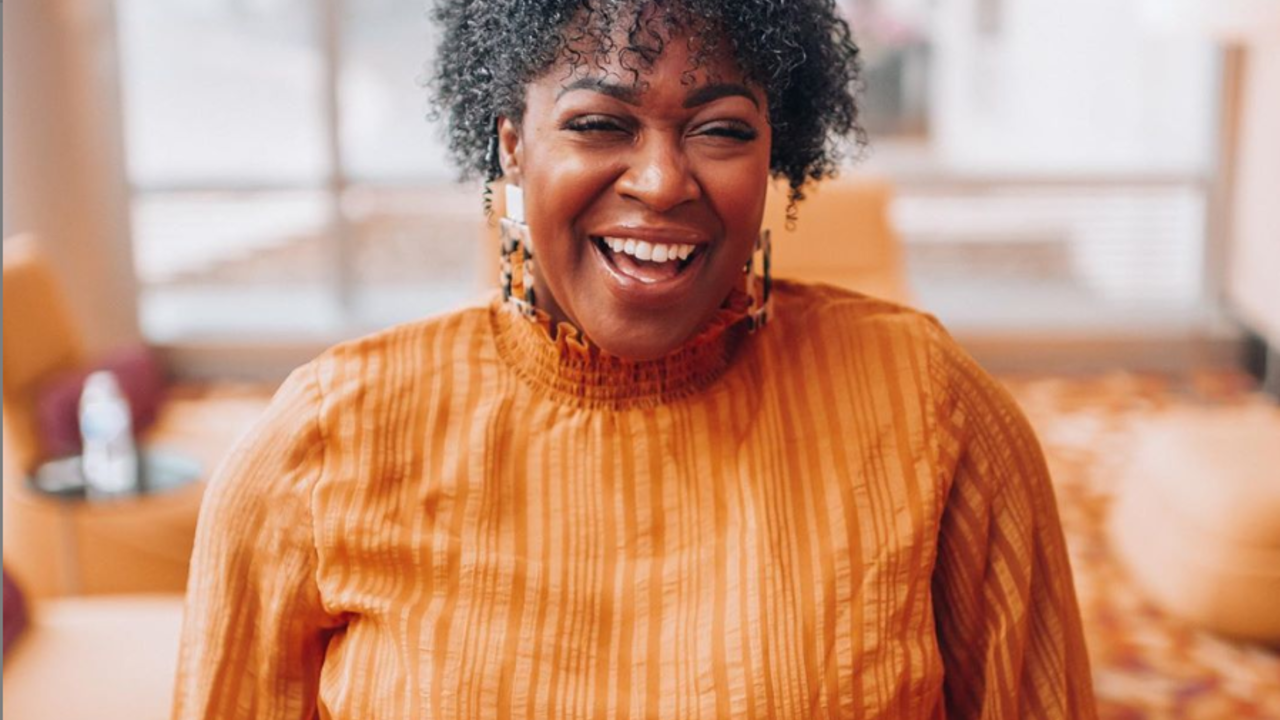 While working with female entrepreneurs and ambitious career-driven women, mindset guru Topsie Vandenbosch quickly realized that many women didn't actually identify with having a mental health disorder or having a diagnosis like depression or anxiety and as a result, they would never walk through the doors of her private practice. She realized that they were struggling with fears, with confidence, and with imposter syndrome and all types of issues that arise when owning a business.

And so, for the last two years, she’s been a mindset coach for female entrepreneurs, helping them shift the negative beliefs that they have about themselves, and helping them discover freedom from those negative and limiting beliefs so that they can make bank in their business.

Why did you decide to work with entrepreneurs?

Entrepreneurs are a special breed. At the beginning of my entrepreneurial journey, I felt very isolated. A lot of my friends were not entrepreneurs so they didn't quite understand the times where you're not sure of yourself or you're wondering why it is that you made this crazy decision to become an entrepreneur.

I wanted to be that person who helps them navigate the murky waters of entrepreneurship and the mindset blocks along the way, providing them with the skills and the tools to help them get to the next level so that they aren't still carrying those negative beliefs along with them.

This is something that comes up a lot for entrepreneurs as we start to get better at what we're doing. As we start to see some success like getting clients and making sales, feelings of failing to deliver, or what if my clients think I'm a fraud, start to arise, which is that good ole imposter syndrome rearing its ugly head.

It's going to come up at the most inopportune times and what are you going to do when it does? A lot of people just don't think about how they’re going to handle it when it does show up. Often we think that it won't happen to us, but it's gonna show up, so you need to be prepared when it does.

Mistake #1: Refusing to acknowledge that it even exists.

Imposter syndrome is a real thing that many entrepreneurs struggle with. It's important to acknowledge that it exists. There’s a certain shame that comes with admitting that you're struggling, or that you don’t feel like you’re good enough. So it’s paramount that we admit when it's showing up and admit that it is actually normal.

Mistake #2: Believing it's a character flaw and there's nothing you can do about it

The key message I want to get out to female entrepreneurs is that imposter syndrome is not a character flaw. If it does come up, it’s important to know that there's nothing wrong with you, it’s normal and there are tools you can use to help you overcome these feelings.

Mistake #3: Telling yourself that you're overreacting

If you allow your brain to run wild, the Imposter Monster will wreak havoc. You're not overreacting. You're not being dramatic. If you tell yourself you are overreacting, then all you’re doing is completely discounting the fact that it's real. It is happening and the longer you delay slaying your Imposter Monster, the longer it is going to keep running around, causing trouble and knocking shit over in our mind.

Mistake #4: Ignoring it and hoping that it will go away

Don't ignore it, go to war with it. This could look like choosing to talk to a friend about it instead of keeping it inside. Ignoring these feelings never works, it only allows the monster to grow.

Mistake #5: Allowing it to run your business and your life

You don't have time for imposter syndrome because you have lives to impact and money to make. You need to be able to serve the people that you're meant to serve. Think of how many people either gave up or retreated because they thought their Imposter Monster was a sign that they shouldn't be in business or that they're not cut out for business.

If we were more open about the fact when you’re doing really well, that's when all of these thoughts are more likely to pop into your head. ALl they're really trying to do is protect you by telling you to do something safer, like go back to the comfort and ease of your 9 to 5 job.

It happens in Network Marketing and it happens in other types of entrepreneurship where people just quit because they think that's what they're supposed to do. They think that there's something wrong with them. They think these feelings shouldn't be happening to them and as a result, they view it as a sign that they're doing the wrong thing when it actually means the complete opposite.

There is no shame. In fact, it just means that you have a bigger purpose than what you realize and your Imposter Monster is afraid of that. When you're experiencing that imposter syndrome, it means that you're doing what you're supposed to be doing.

If these feelings aren't coming up for you, then we need to push you outside of your comfort zone because you're sitting pretty and you can do more. You can make more of an impact.

Envy is the cousin of the Imposter Monster

Envy will show up in your friendships in the weirdest way. It might show up as your friend not even congratulating you on hitting the next rank. You told that friend how important it is to you and they still don’t say congratulations.

Instead, they say things like "that won't last" or "that's not sustainable" or "what would you do if social media wasn't around, how would your business be sustainable?" These are hands down some of the crappiest questions you can ever ask someone who is working for themselves. But that is envy and envy shows up unannounced just like the Imposter Monster.

What tips do you have for someone who is in this industry, and they're dealing with very unsupportive friends and family?

There's a lot of stigma surrounding Network Marketing and when you’re doing well oftentimes it’s the “friends” that say you don't have a real business or they refer to it as “that little business you have.” The Imposter Monster has already recruited those statements and now these people you care about are reinforcing them - often unintentionally.

You need to look at it like you’re doing something brave and that's why it's coming up. Entrepreneurship is so hard a lot of people can't handle it because you face a lot of adversity when you do something that others might not perceive as normal. This is especially true when there is still so much that people don't understand about this industry.

The first step is education. Choose one person and educate them on what you do, why you're doing it, why it's important that they support you, and what that support looks like.

Don't go after the whole clan because you might stand against a whole lot of pushback and that will make you feel worse, especially if you're feeling vulnerable.

A lot of the time our family and friends really love us and are actually cheering us on, but they don't understand what we do. They just need to know from you that you're okay and show them how they can support you. Some people don't know how to support you and if we don't tell them, then that's kind of on us.

People do need to control themselves and refrain from saying hurtful things, but some people genuinely aren't trying to be hurtful, so you need to sit down and educate them. Sometimes you have to grow a pair, and you need to confront them when they say something messed up. Don't wait a year before you tell Susie she pissed you off that one time and you’ve been carrying that resentment.

You will actually be surprised how quickly people will backtrack as soon as you say that was rude or that was hurtful. You're not calling them a name, you're just calling out their behavior, and people do not like their behavior being called out.

It’s really important to find a tribe and connect with them. They don't have to be on your or team or in your company. In fact, sometimes it's even better because they can see what you can't see, they will see potential in you which the Imposter Monster blocks and they will show you what you can actually achieve.