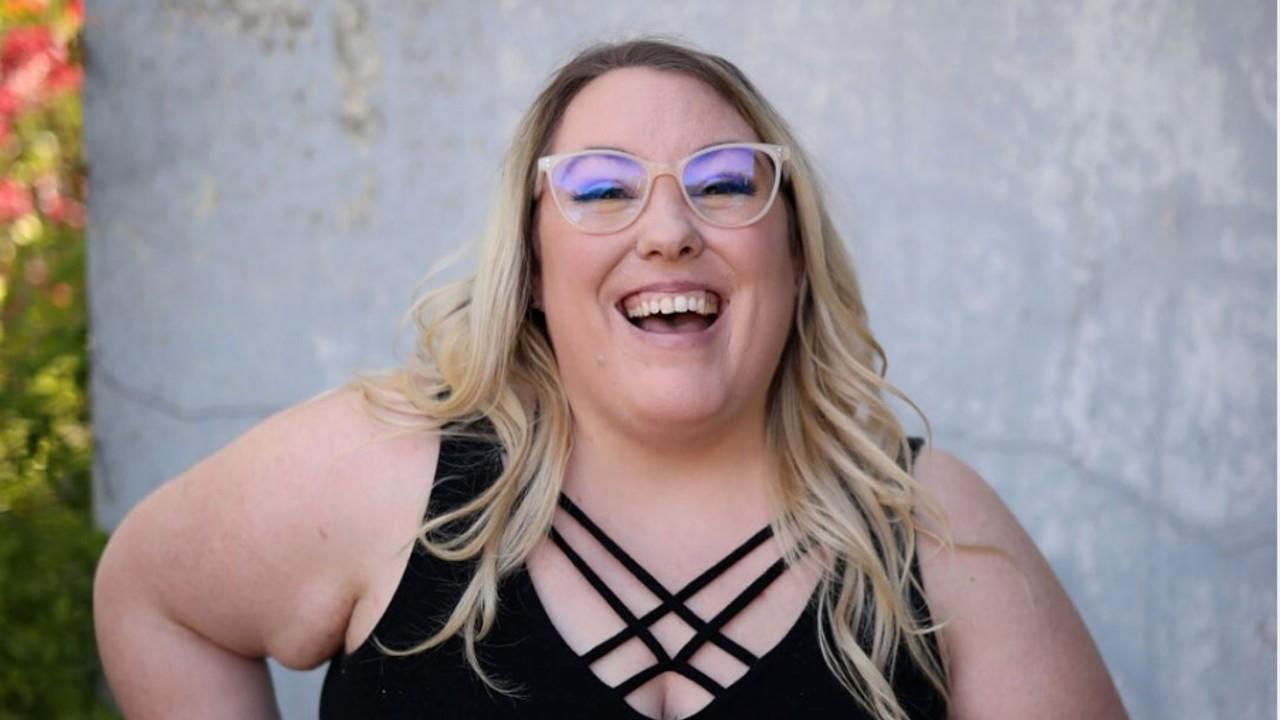 Lately, I’ve been working from a place of pure inspiration and laser-focus, and I’ve really been working on meeting you where you’re at so I can give you the tools, support and accountability that you need to be successful.

So this week I want to work on things that you don't even realize they're holding you back, because often times we’re told it’s different things. If we're not getting to where we want to be, it’s because we're not motivated, or we're lazy or we just don’t want it badly enough. Maybe you’ve heard that from some people in your life, maybe people in your team or in your business - I know unfortunately that’s the case for a lot of people.

Honestly, I know you’re not afraid of failure. You are not afraid that it’s not going to happen for you because you're here for a reason. You're motivated and inspired and you know that you're meant for this. You know it in your core, you can feel it in your bones. You know that entrepreneurship is what you're supposed to be doing even though you may not have all the answers all the time and really, who does? We’re all just winging it.

It’s not fear of failure that's keeping you so paralyzed right now, it’s actually fear of success. I know you're probably like, “What? No, I want to be successful, I want to have a thriving team I want to hit rank, I want to make money and I want to be able to retire my spouse!”

You have all of these things that you want to do and you don't even realize it’s actually fear of success that is keeping you stuck. It's like quicksand, it doesn't allow you to move and it seems like the harder you try, the more that you sink into this analysis paralysis. You end up pulling back or not doing anything at all, even though there's so much to do.

So, let’s talk about some of the tendencies that I know are coming up for you when it comes to fear of success. I also want to talk about how we can address those so that you can move forward and not allow any type of fear to control you and keep you from making the moves in your business and stepping into that CEO version of yourself.

Caused by: fear that you are not good enough.

The first tendency is the tendency to copy other people or posting things because it’s working well for someone else. People will copy other people's content, maybe not verbatim, but they often take a theme, or maybe a certain style of photo because a top coach is doing it, or a mentor is doing it. We think because it's working for them then it's going to work for me.

It’s so easy to get into the spiral of scrolling on social media. Day after day we’re looking for ideas or looking for information and one of the best ways that we can overcome this is to acknowledge that you’re enough exactly as you are, no matter how much you know.

We're always learning. I'm always a student and I always know that I have more growth opportunities. The same thing goes for you. What you know right now is enough and showing up with what you know and sharing your perspective to your audience is enough.

Another way to overcome this tendency is to make a conscious effort to avoid spending time scrolling. Other people's content is not going to provide you the inspiration that you need to make your own content. Sitting alone with a good Spotify playlist, getting into the minds of your ideal client, understanding what they need and how can you provide it for them right now is going to provide you with the inspiration to create your own content.

You can check out my content creation playlist on Spotify HERE. I've come up with my best programs, my best captions just the best everything listening to this playlist. These songs are gold and I know that you're gonna love them as much as I do.

Success Tendency Two: SO much to do, yet doing nothing

Caused by: Fear that no matter what you do, you're still going to be stuck. Fear of doing the wrong thing.

Even though there's so much to do and so much on your list, you end up doing nothing. I’ve been there, sister. You often think, “Nothing will change so why should I bother.”

How do you overcome this tendency? Be intentional about how you make your to-do list.

I recommend having three VERY specific tasks that you need to do every day to move the needle forward. Eg. drafting an email for your new course launch, responding to so and so’s message, creating the graphic for Instagram, ect. It has to be very specific because otherwise, you’ll likely get stuck in the scroll.

Once you're done with those tasks, you can be done with business for the day because you've done enough to move the needle forward. So if there are other things going on in your life, or if you just want to do something for yourself and just take a break from business so you don't get burnt out.

There are also going to be days when you're just feeling so inspired that once you're done with those three things, you do three more. When you look at a big to-do list with a month's worth of stuff on it, no wonder you just get so frazzled and end up closing your laptop. I do too!

As solopreneurs, a lot of us run a one-woman show, so you need to be able to be intentional with your time, not overwhelm yourself with all the things that you need to do.

Success Tendency Three: showing up super consistently for a while and then disappearing

Caused by: Fear that when you get to that next goal or that next rank you won’t be as happy as you imagined.

Especially during quarantine, I’ve noticed this a lot. You’re worried you won't feel as good as you thought you would when you get there. You’re worried it won’t actually be the answer to the happiness that you have been praying and dreaming about and that you might actually be disappointed.

When you finally hit the rank you’ve been dreaming about and working towards, people celebrate you for the day and then the next day, once the celebrations are over, you’re asking yourself, okay now what?

The now what moment can crush entrepreneurs. Your hard work, time, money, blood, sweat and tears are about to pay off, but you’re nervous because what if it doesn’t make you as happy as you envisioned?

To overcome this, you really need to be intentional and get crystal clear along the way. Constantly revisit your goals to make sure it is still serving you. A lot of people come to me with a big goal of I want to grow my following to 10k so I ask them why hitting that follower count is so important to them? What does that number feel like the answer?. And why does that feel like the answer?

Oftentimes, when we dig deep, it's not about the rank and it's not about the money it's about what those things allow us to do, like your husband taking you seriously as a business owner, or taking your kids on vacation. For a lot of you, it’s about cutting down to part-time hours so you can tuck your kids into bed at night.

You might realize you're barking up the wrong tree, and you actually want to be pushing in a different direction. If we keep evaluating, whether it be on a monthly or a quarterly basis, we can readjust as needed to make sure that we're aiming for the right place

Success Tendency Four: Consuming ALL the content, but not acting on it

The reason why people are in such information gather mode right now is that feeling informed allows you to feel comfort and safety. When you're seeking out safety, you want to know everything. Having knowledge gives you those dopamine hits that say, I am confident, I'm secure and I'm comfortable.

Oftentimes, we get to that point where we're just taking in so much information you don’t know what to act on first and as a result, you shut down and you do nothing.

In business, this is referred to as Impostor Syndrome, which is a fear that people will find out that you're not as great as you think you are. Or that you're a fraud and you don't actually have all of your ducks in a row.

This is honestly one of the hardest ones to overcome because it is a process that starts with acknowledging that imposter syndrome comes up all the time when you least expect it.

You decide: are you going to focus on the good or the bad?

Guess what, none of us have all of our ducks in a row we’re just doing the best we can with what we've got.

I’m a big fan of messy action, so when I watch a lesson in a course I won’t watch another one until I at least try out what I learned.

It might be messy, but taking action is what's moving the needle forward. You can’t know everything. If you're not doing anything with what you know, who are you really serving? Work on that balance or learning and then doing.

When people ask me what my secret to success is, I honestly believe that it comes from the messy action I take when a mentor recommends something. I don't sit on it, think about it, or say I'm going to do it later. I literally go and do it right then and there because time is one of those things that we don't get back. We can always make more money.

I hope this was helpful for you to recognize where fear of success is coming up in your life, in business and how we can address it. We can allow these tendencies to exist because they will, but then we're going to get over them. We're not going to allow them to control us or our actions or our thoughts.