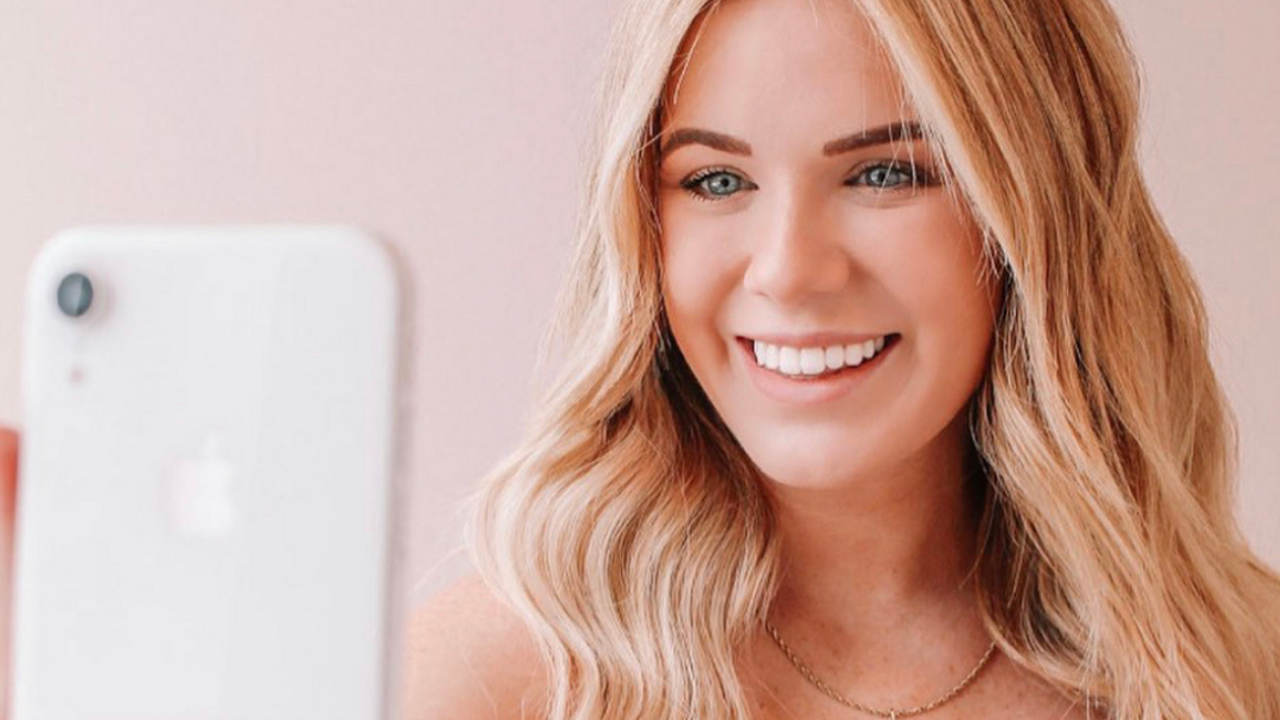 Today on the Stop The Hey Girl Podcast we're joined by Brooke Bauer. Brooke is the owner of Brooke Bauer Boutique and host of the Social Media for Stylist podcast. She's made quite a name for herself in the Chicago area and is here to talk to us about hiring, building, and leading a team!

She started her journey with the plan of studying hairstyling so she could earn more than minimum wage and then go to college. But, once she stepped into the hairstyling school, she fell in love with it. So, she started working in a salon near her house where she outgrew her clients and decided to move to a place of her own at 22 years old. Now, she styles and teaches others to style too because of her passion to help others grow.

“I'm a completely different person than I was three years ago, opening my business because you have to be, and I have read so many business books and listened to so many business podcasts, but nothing teaches you the stuff except for experience literally.”

What they don’t teach you when having a business.

I would say the biggest thing that I had to learn that no one talks about is taxes and the expenses that go along with it.

When you got your space, there was so much that you had to think about like the renovations that you did, the rent, the utilities, the equipment, and so on. And I know that when you have an actual physical space, that's a whole another aspect of it.

What was the hardest part about that build-out process that you didn't think about until you were in the thick of it?

“I had to keep pulling money out of nowhere. When I first began the process, I had to put down three months' worth of rent. And I had to pay an architect to sketch out the design for how I wanted to do the build-out, which cost $3,000 even though I knew what I wanted to do. So right off the bat, I had spent like $15,000. But that's something that I wasn't expecting just like cost after cost after cost like little things kept popping up.”

How was that process when you first started to bring people on to the team?

When I first started hiring, I was terrible at it. I felt like I had no idea what to look for because I had never hired someone before and I was just hiring people because they were being nice to me. It was terrible because then the problem with hiring nice people is that you get attached to them. So they didn't fit the brand, they weren't thriving. I knew that I had to remove them but the relationship that we’ve built ‘cause of their kindness made it hard for me. I was thinking more of friendship than an actual business.

What were some of the biggest red flags that you now recognize that maybe you were oblivious to back then at the beginning?

I think the main red flag is someone who's overly excited, and anyone who starts out with almost too high of expectations because it's unrealistic. For example, I have someone who found us on social media. They said that my salon was so beautiful and that they wanted to work there because it’s her dream salon. I think it's these people who look at your company from a distance, and they think it's this beautiful thing, and they’re being overly excited without having any questions for you, that’s a red flag.

How over the years, have you navigated kind of like the when the line between business and personal kind of gets blurred?

I would say that you just have to hire knowing that it's business. I always think, is this person benefiting the business? Or are they not? Keep it simple and remove all of the emotion. Look at it from the business perspective. Are they benefiting your business? Or are they not? And when you make it that simple it's easy to know what the right decision is.

It's always going to be difficult because, at the end of the day, there's always that emotion in there. I've gotten so much better with it. But, if someone isn't good with the business like it's better for them to go somewhere else too. A lot of times, when I’ll terminate someone, I see them go somewhere else, and they thrive because it just wasn't the right fit.

What are some tips that you have for someone who's maybe hiring or building that community to cultivate that culture where people really want to come to work and they love what they do?

Never stop having difficult conversations. If someone does something that doesn't fit the brand or is inappropriate, it needs to be addressed. When you do that, and you're really honest and open, people appreciate the feedback. And then it really helps mold the culture. And if someone doesn't get it after a few conversations, then they're probably not going to work.

It's called the sandwich technique. I don't know if you've heard of this before.

For example, someone makes a mistake on a report, and it gets back to you as the business owner. So, instead of saying “You screwed up”, you discuss the situation with your employee. You can say “Hey, Kayla, you have a minute to talk? I think that you've been doing awesome. You've been completing all of your work on time. I love everything that you're doing. But this one report came back to me, and there are a few mistakes that I want to go over with you. So we have in the future, you're going to do better, and I can't wait to see the work that you create moving forward.”

You've got the compliment in the beginning, the reassurance at the end and in between, the feedback, like a little sandwich.

How have you in your business, kind of set up systems to establish when someone is unhappy with something?

Everyone that gets hired to be part of my team, needs to know the policies. If they don't make a client happy, then it's their responsibility to make them happy. Mistakes can happen, but if we were always paying people for the mistakes that they were making, we would go out of business.

And then the other system that we have is making sure we're bringing the guests back in as soon as possible with immediately handling the situation.

We track every single complaint. So, if someone has a certain amount of complaints, then there are conversations that are had. We do the best we can but at the end of the day, it either is good enough to someone or it's not.

What have been some of the other lessons that you've learned, that you wish that you could have been prepared with since day one?

I think it will be trying to understand someone else's viewpoint, or hearing different opinions. When I first opened my business, any opinion that any of my staff members have, I would immediately implement them, because my goal at the time was just to make my staff members happy.

I had to work with a business coach a lot because it's not my responsibility to make people happy. I needed to focus on making them grow within the business and grow their career, not to be happy. Being able to help their career will ultimately make them happy.

How have you kind of navigated going from being there every single day to stepping away and being okay knowing that your business baby isn't going to burn down in your absence?

I'm going to give a huge shout-out to my manager because she's the best. Hiring support staff and hiring staff that you can trust is huge. Not only the manager that I have but each staff member that I have is awesome. They can basically just run that place without me. And I did do some trimming down before I left. I did terminate some people that I knew would cause problems while I was gone. And I knew that if I kept them, I would be worried. So I removed those people and I kept only the people that I could trust and I knew that everything would run smoothly. Having staff that you can trust is huge.

But also, learning to have boundaries. At first, I had this fear that if I didn't answer a message right away, people would be mad at me, or think less of me. But, once you build that trust that your staff will know what to do, you’ll set boundaries and respond to messages or call when you have time. When you create boundaries, you're teaching your team to have boundaries, and then everyone is happier, and you avoid burnout. So it's better to have a boss who's relaxed and fully focus during the focused hours than having a boss who's there all the time, but kind of burnt out.

You can listen to the FULL episode on Apple Podcasts or Spotify.